Spiritualism is a Universal Religion

Spiritualism recognises the golden truth running through all belief systems. Spiritualism is a science, a religion and a philosophy.

Science: Investigates the phenomena of the survival of the consciousness following the death of the physical body. Evidence for this claim is established through mediumship.

Religion: Spiritualism recognises the creative intelligence we in simplicity call God, Deity. The creative source of all in existence.

Philosophy: Spiritualism advocates a way of life in the material world that reflects the truth of the eternal nature of our being, comprehending man in all varied relations, physical, moral, intellectual and spiritual.

Spiritualism is an EXPERIMENTAL belief system, not relying on blind faith; it expects the enquirer to accept through their own experience and investigate that which meets with their reason and discard any delusion or false prophecy. It is a belief system for the thinking man and woman. This concept is liberating. However, knowledge brings with it responsibility.

Communication with discarnate intelligence is possible given the right conditions. This communication is within the natural laws of the Universe. There is nothing supernatural about it. Nothing to fear but fear itself. 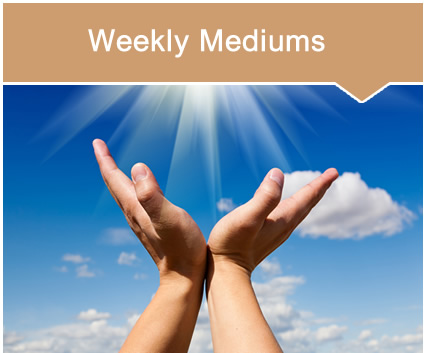 Saturdays and Mondays at 7.30pm

Every Monday and Thursday afternoon at 2-4 pm

Every Wednesday evening at 7.30 pm

Why not join us for a coffee?